On the road with a travel writer...

Tom Brosnahan went to Turkey in 1967 as a US Peace Corps Volunteer to teach English. He wrote Frommer’s Turkey on $5 a Day (1972) as a Peace Corps project. In 1975 he returned to Istanbul on a Fulbright fellowship to study Ottoman history and language, expecting to be a university professor.

Instead, he became a travel writer, guidebook author, photographer and consultant. His 30+ guidebooks to a dozen countries for Lonely Planet, Frommer’s, Berlitz and Insight have sold over four million copies worldwide, and have been translated into ten languages. His guides to Turkey were perennial best-sellers.

How does one become a travel writer? Is it the best job in the world? It’s all here, along with a lot of humor, history and culture.

Tom Brosnahan’s humorous travel memoir: Peace Corps teacher in Turkey (1967-1969), career as a travel writer and author of dozens of travel guidebooks. Along the way he starred in a movie, sipped champagne in the sultan’s gilded palace, was almost eaten by wolves on the Iranian border, and fell in love with a lot of girls named Jane—the last one the girl of his dreams.

The champagne was at 31,000 feet and by happy circumstance so was I, cruising along at 500 miles per hour in a Boeing 707 chartered from Pan American World Airways by the United States Government.

It was September, 1967, the end of the Summer of Love, and the plane was full of Peace Corps Volunteers who, having just completed an intensive three-month training program, were on their way overseas to fight communism by helping Third World countries with their economic development.

The champagne was courtesy of Pan Am, which donated it in a gesture of thanks to the brave young people off to do good in the world. 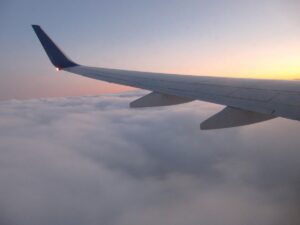 We had our airline tray dinners in front of us, and we held up our wine glasses to be filled by the smiling stewardesses–which is what everybody called flight attendants back then.

After our wine glasses were filled we held up our water glasses, and then our coffee cups. The stewardesses filled them all. Pan Am was being exceedingly generous with the bubbly.

This was too good! We had been chosen for Peace Corps service because of our resourcefulness, intrepidness and initiative, so no one was surprised when a few of us got up from our seats, cajoled the stewardesses out of their service aprons and took over pouring the champagne. 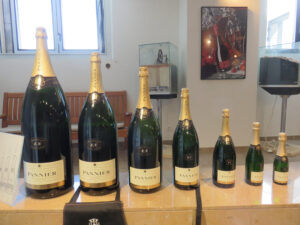 We popped corks and formed a bottle brigade, passing bottles hand to hand from the stern galley to the foreward bulkhead. Wine glasses, water glasses and coffee cups refilled, we sipped, joked, and toasted our future.

If this was the Peace Corps, it was going to be a hoot.

We were a homogeneous bunch of upper middle-class twenty-something men and women, Christians, Jews and agnostics, the leading edge of the Baby Boom, most of us fresh out of college.

We volunteered for the Peace Corps out of idealism, a taste for travel and adventure, and in the case of the men, an antipathy to having small pieces of swiftly-flying lead lodge painfully in our bodies. 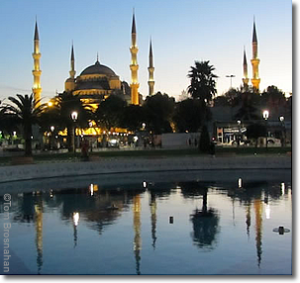 For most of us men of Selective Service (ie, draft) age, Peace Corps service was the only viable patriotic alternative to service on the front lines in Vietnam. For the women, it was a foreign adventure and philanthropic service before settling down to career and/or family. Right now the Peace Corps was a college frat party high in the sky, and it went on until we reached the coast of Europe. It was deathly quiet in the plane as we entered Dutch airspace and the full extent of our champagne hangover took hold. We returned the aprons to the flight attendants and allowed them to serve us espresso-strength coffee. Quietly.

We stopped in Amsterdam for an hour to re-fuel, then took off again bound for Ankara, the Turkish capital. There was little sound in the 707’s cabin except for the occasional low moan. 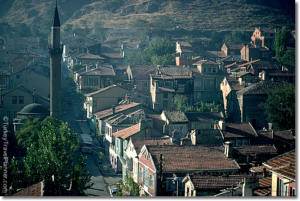 Until the moment when the Pan Am captain eased back on the throttle, lowered the plane’s nose and dropped the wheels to land in Ankara, my future as a Peace Corps Volunteer teaching English in Turkey had been entirely theoretical. Now here it was right in front of me.

I saw a brown, dusty landscape of low rolling steppe, treeless and barren. My mind conjured a vision of the lush forests of Pennsylvania where I had been raised.

Oh God, was this ever gonna be different.

I disembarked into blast-furnace-style mid-September Middle Eastern heat which was even less bearable with a hangover.
Where was I? What on earth had I done?

It had all seemed so plausible, so worthy, so innocently good, a few weeks ago at Peace Corps training in Texas…. 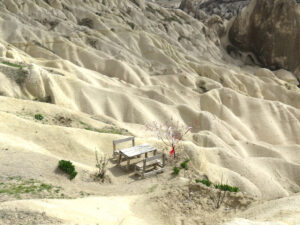 If you'd like a brand-new copy of the 304-page paper (not e-book) edition of Turkey: Bright Sun, Strong Tea, autographed by the author, I'll be happy to send you one. I used to sell it on Amazon.com for the cover price of $15.95 (plus shipping), but if I sell it to you directly, from this website, I can do it for US$10, plus shipping. (In USA, shipping costs about $3.25 by USPS Media Mail (Book Rate), or $7.20 by faster First Class mail.) Email me, including your mailing address, and I'll send one off to you.

If you'd like me to dedicate your copy to someone, include that information in your email message as well. No charge. Thanks!

Turkey: Bright Sun, Strong Tea is available as an e-book from the sellers below. If you order it via PayHip, you pay no more, you can download it immediately, and you're doing the author a favor because PayHip gives a better deal to authors. 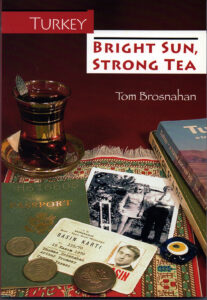